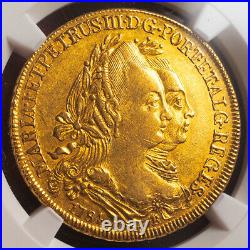 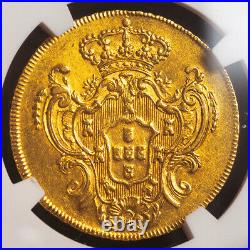 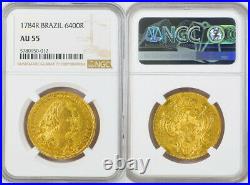 1784, Brazil, Maria I “the Mad” & Peter III. Gold 6400 Reis Coin. Mint Year: 1784 Mint Place: Rio (R) Mintage: 327,000 pcs. Denomination: 6400 Reis Reference: Friedberg 76, KM-199.2. Certifed and graded by NGC as AU-55! 917 Weight: 14.34gm Diameter: 32mm. Obverse: Conjoined draped (he also armored) and laureated busts of Maria I & Peter III right. She wears earrings and two brooches. Reverse: Crowned coat-of-arms of the Portugueze Empire within foliage. Peter III (or Pedro III , 5 July 1717 25 May 1786) became King of the Kingdom of Portugal and the Algarves by the accession of his wife and niece Queen Maria I in 1777, and co-reigned alongside her until his death. Peter was the younger son of John V of Portugal and Maria Anna of Austria. Peter was a younger brother of Joseph I of Portugal. Their maternal grandparents were Leopold I, Holy Roman Emperor, and Eleonor Magdalene of Neuburg, sister of Queen Maria Sofia of Portugal. Peter married Maria, Princess of Brazil, in 1760, at which time she was the heiress-apparent to the throne then held by his brother Joseph I. According to custom, Peter thus became prince of Brazil in right of his wife. They had six children, of whom the eldest surviving son succeeded Maria as John VI on her death in 1816. Peter made no attempt to participate in government affairs, spending his time hunting or in religious exercises. The item “1784, Brazil, Maria I the Mad & Peter III. Gold 6400 Reis Coin. NGC AU-55″ is in sale since Saturday, June 26, 2021. This item is in the category “Coins & Paper Money\Coins\ World\South America\Brazil”. The seller is “coinworldtv” and is located in Wien. This item can be shipped worldwide. 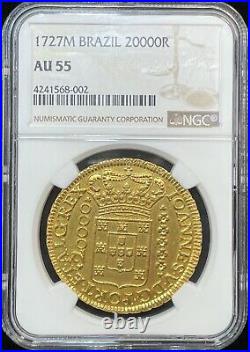 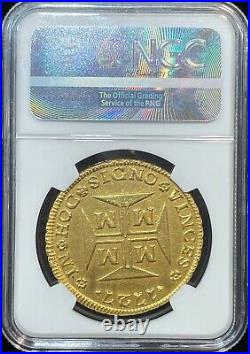 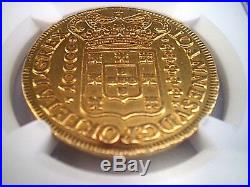 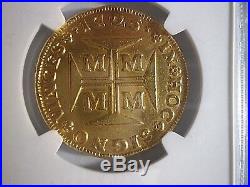 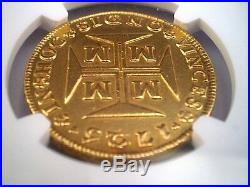 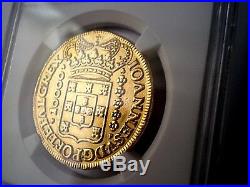 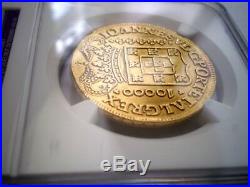 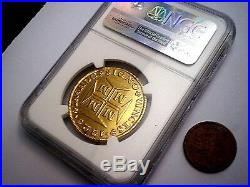 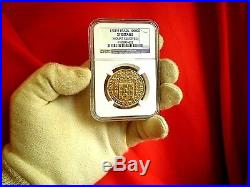 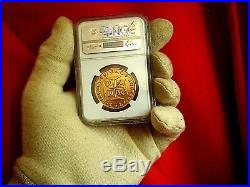 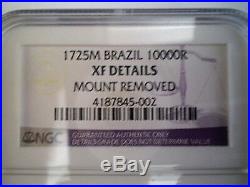 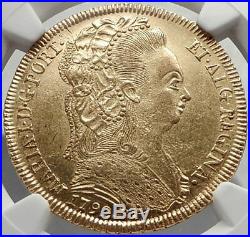 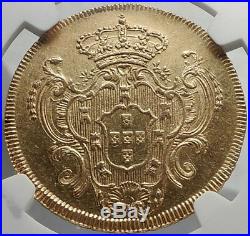 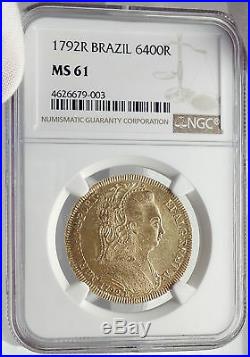 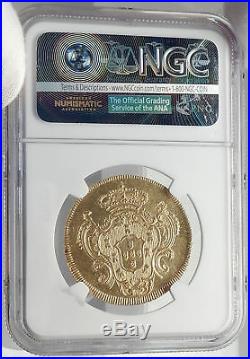 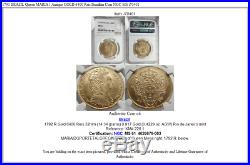 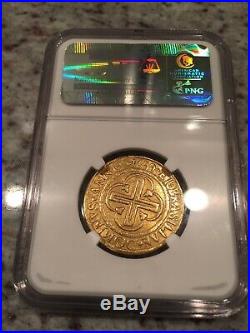 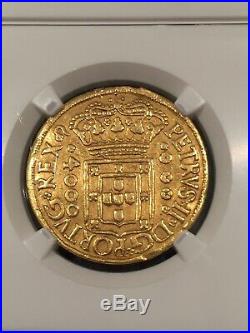 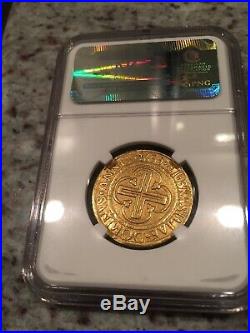 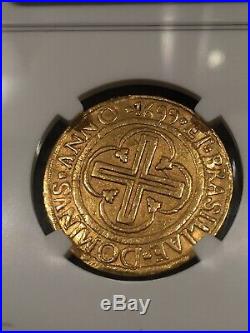 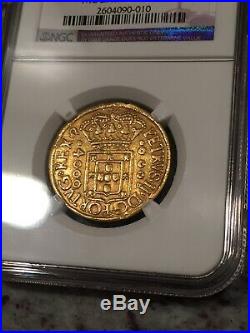 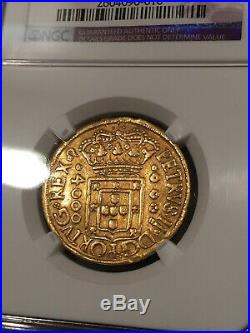 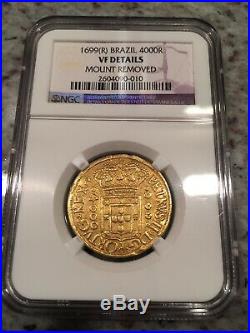 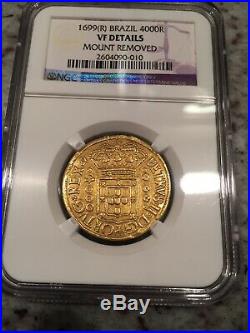